The HESA program has a long and proud history of preparing students to work in colleges and universities throughout the world. Formerly the College Student Personnel Administration program, we are indebted to the work of three faculty members, Dr. Kate Hevner Mueller, Dr. Robert Shaffer, and Dr. Elizabeth Adele Greenleaf. Each were full-time professors, chairpersons in the Department of Higher Education, served as student affairs administrators at Indiana University, and epitomized the scholar-practitioner.

In 1916, Dr. Henry Lester Smith became the Dean of the School of Education and held this position for 30 years. During his tenure, he raised the national profile of Indiana's education instruction through his national speaking engagements, comparative studies, and the acquisition of quality faculty from other universities. He also raised concerns for the advancement of study in higher education. In 1929, with the development of a school counselors' curriculum, interest in higher education issues began to grow.

In the 1940s, IU began offering degrees in counseling with a concentration in student affairs. During this time Dr. Kate Hevner Mueller taught a class for interns in Residence Life. Throughout the next decade, Dr. Mueller established a 2-year program for interns that led to a master’s degree in student affairs that rivaled similar programs at Syracuse and Columbia. The first master's degree in student personnel was awarded in 1951, though the program was not officially created until 1953. The first doctoral degree was awarded in 1959. In 1962, the program was moved from the Department of Guidance to the Department of Higher Education.

In 1970, the Indiana University Student Personnel Association (IUSPA) was founded. Joel Marlin, the acting president of IUSPA, described its purpose as serving as a means of supplementing the coursework in the Department of Student Personnel Administration through lectures, seminars, free university series and open forums and as a vehicle for students to express their views on various aspects of the field. Its members intended for the association to provide opportunities for informal social gatherings and professional development.

In 1977, the IUSPA sponsored the first Midwest Meeting of Graduate Students in Student Personnel (MMOGSISP). One hundred students, representing 12 universities, attended the first of what would become an annual Midwestern graduate student event in the field of student affairs.

Dr. Kate Hevner Mueller was an educational pioneer in Higher Education and Student Affairs. Mueller was both a founder of Indiana University's College Student Personnel Program and an advocate for women's education. "Kate brought a measure of scholarship that those of us who came into teaching with a Student Affairs practitioner's orientation did not have... She was a true scholar and probably introduced a higher level of scholarship to the field than most people could muster" (as cited in Coomes, Whitt, & Kuh, 1987, p.204). 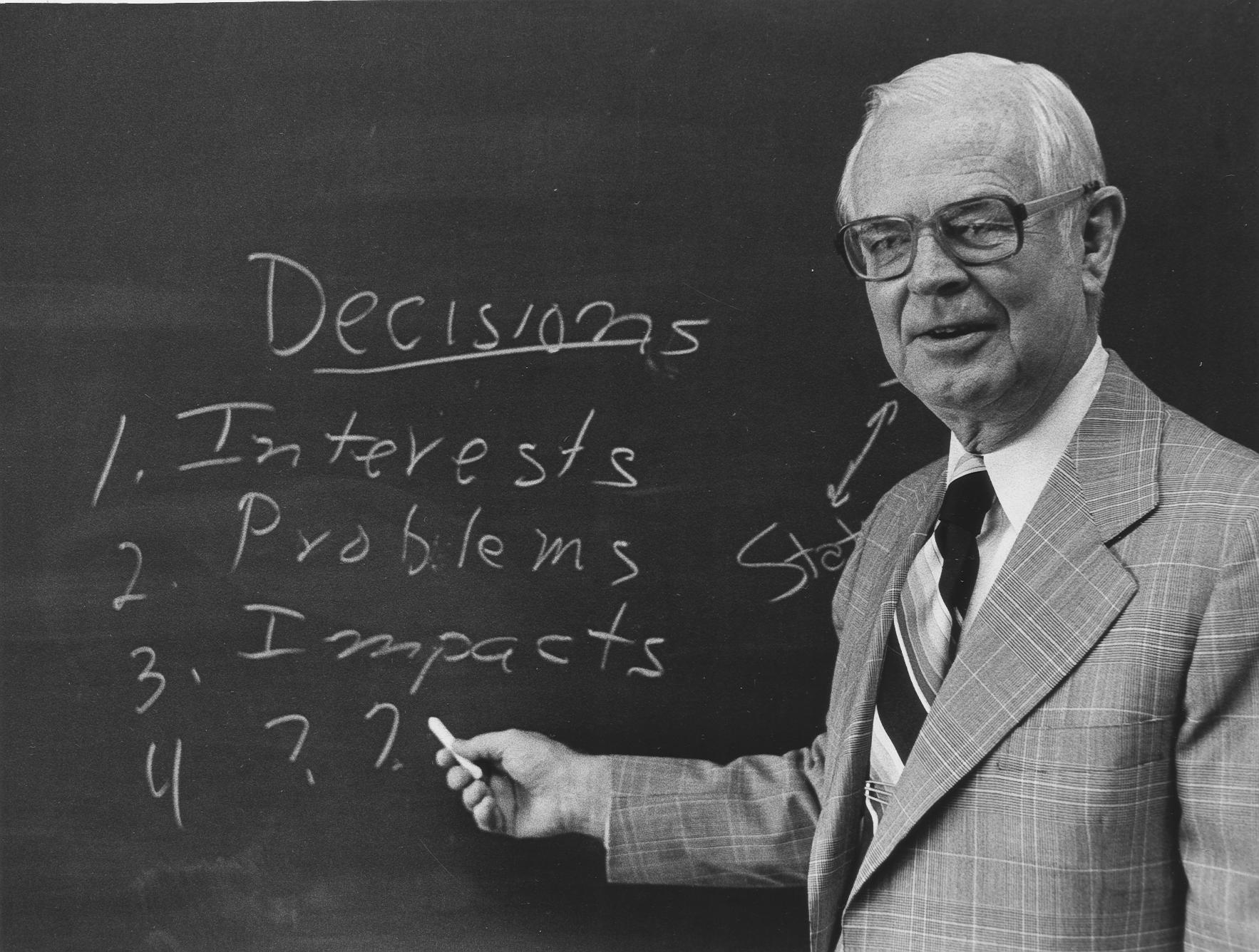 Dr. Shaffer passed away on April 21, 2017, at the age of 101. He will be missed, and we at Indiana University are thankful for his many contributions that continue to touch the lives of undergraduate and graduate students.

To celebrate Robert Shaffer's remarkable life, his generosity in words and deeds, and his contributions to Indiana University and higher education and student affairs, IU established the Robert H. Shaffer Memorial Fund. Gifts will first be used to plant a tree and install a bench on the Bloomington campus in his honor. Any remaining funds will support scholarships for graduate students in higher education and student affairs through the IU School of Education. Click below to make your contribution today.

Dr. Robert H. Shaffer was a pioneer in the field of College Student Personnel and Student Affairs.

His work spanned the course of four decades (approximately 1940-1981). At Indiana University, Shaffer worked with students in regards to health, housing, financial aid, and academic issues. In addition, Shaffer worked with several associations of professional student affairs workers. In 1951, Shaffer was elected the first president of the newly formed American Personnel and Guidance Association (APGA).

Director of the student personnel administration program, Shaffer served as dean of students at Indiana University from 1955-1968. During that time he helped in establishing one of the "most highly respected personnel and residence hall counseling programs in the nation." - Indiana University, 1970 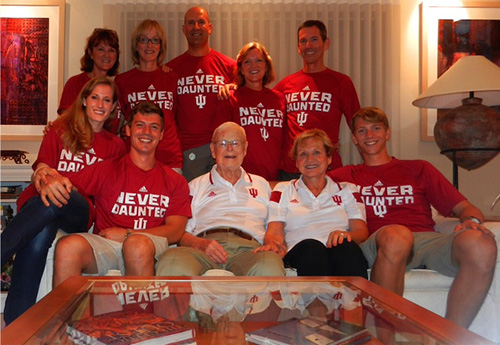 Bob Shaffer celebrates his 99th birthday with family in 2015

Dr. Elizabeth Adele Greenleaf, professor and coordinator of College Student Personnel Administration at Indiana University, made significant contributions to the development of the Student Affairs profession through her leadership as an educator, administrator, and mentor.

As one of the only three people to serve as the president of both the American College Personnel Association (1967-1968) and the National Association for Women Deans, Administrators, and Counselers (1971-1972), she was a tireless, articulate advocate for the special contributions that professional prepared Student Affairs staff could make to the quality of campus life.

Dr. Henry Lester Smith was a pioneer in advancing the study of higher education. Smith began his education by completing both Bachelors and Masters at Indiana University in 1898 and 1899. After some time in public school administration he would complete another Masters and a Ph.D. in education at Columbia College before returning to IU.

Upon his return he became the Dean of the School of Education in 1916, a position that he would hold for thirty years. During his tenure, he raised the national profile of Indiana’s education instruction through his national speaking engagements, comparative studies, and the acquisition of quality faculty from other universities.

In a report to President Bryan, Smith talked about the need for approaching higher education as a field of research: “During the past few years the leaders of our higher educational institutions have given more and more recognition to the importance of discovering, clarifying, defining, and attempting the solution of the problems and issues in higher education through study, research, writing, and discussion." -Report of the Dean, 1937